The body of evidence is growing against highly processed foods such as chicken nuggets, hotdogs and sugary cereals 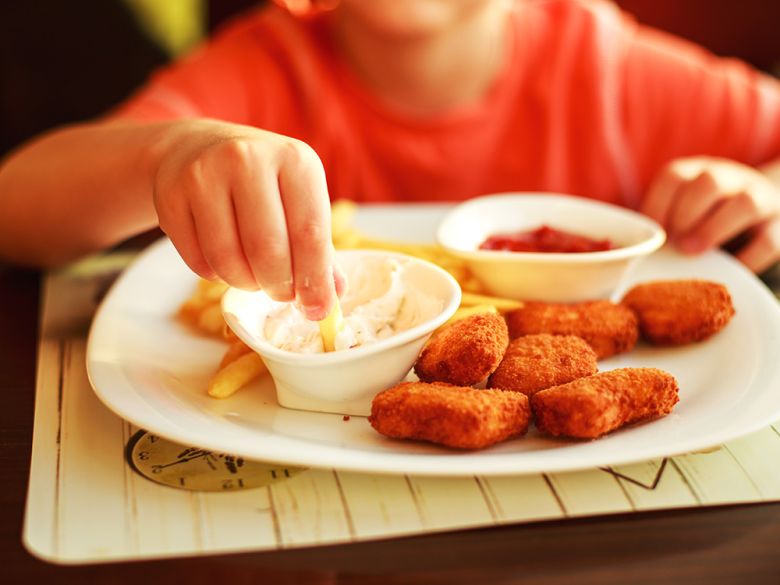 Ultra-processed foods are convenient and cheap, quick and easy. Inconveniently, though, there’s a growing body of evidence illuminating all the ways they’re harmful to our health. Two such separate studies were published on May 29 in The BMJ. A French team associated ultra-processed food intake and a greater risk of cardiovascular disease, while a Spanish one found an increased risk of premature death.

The French study, which analyzed the health and lifestyle data of more than 105,000 people, revealed that the subjects who ate the most ultra-processed food were also at the highest risk of cardiovascular disease such as heart attack and stroke. Additionally, each incremental 10 per cent increase in ultra-processed intake was correlated with a 12 per cent uptick in disease risk.

“The public should avoid these foods as much as they can,” Mathilde Touvier, a member of the French team, told The Guardian. “We need to go back to more basic diets.”

Packaged soups, TV dinners, chicken nuggets, fries, hotdogs, ice cream, sweetened breakfast cereals, candy and soft drinks are just a handful of the ubiquitous foods that fall into the ultra-processed category. For Canadians, these products — with their characteristically lengthy ingredient lists and extensively modified forms — are very much part of daily life.

“Ultra-processed foods already make up more than half of the total dietary energy consumed in high-income countries such as (the U.S.), Canada and the U.K.,” Maira Bes-Rastrollo, lead author of the Spanish study and a professor of preventive medicine and public health at the Universidad de Navarra, told CNN. “In the case of Spain, consumption of ultra-processed food almost tripled between 1990 and 2010.”

Bes-Rastrollo and her team examined the eating habits of roughly 20,000 university graduates between the ages of 20 to 91. Factoring in behaviours such as smoking, as well as age, body mass index and gender, they found that the heaviest consumers of ultra-processed foods (upwards of four servings daily) were 62 per cent more likely to die prematurely when compared to the lightest (fewer than two servings per day). The mortality risk rose by 18 per cent for each additional portion eaten daily.

The ability to recognize ultra-processed foods is a frontline defence, Bes-Rastrollo told The Guardian: A high proportion of industrial ingredients, few or no whole foods, and ready-to-eat or –heat are all dead giveaways. These items are engineered to be palatable, and are often accompanied by persuasive advertising messages and alluring packaging. But their most egregious offence, she told CNN, is the fact that they’ve supplanted whole foods as the foundation of our diets.